Controlling the people of Halloweentown
Acquisition of magical power

The Gift was created by three Cromwell's and in turn can only be destroyed by three Cromwell's. It is unknown if it was only Cromwell witches that created the Gift or both Cromwell witches and warlocks that created it as it was never specify. It was passed down from mother to daughter of the Cromwell family and possibly worn by each Queen of Halloweentown during their reign and/or coronation since the Cromwell family was formerly a royal family.

Splendora Cromwell despised the power that the Gift gave the wearer and so before she was crowned Queen of Halloweentown, she locked the Gift away in box and sealed it with a very powerful protection spell that protects it from being opened by magic. Not even a Cromwell's magic can open it. The box can only be opened using a key.

When Marnie Piper went back in time to find information about the box and a S. (Splendora) Cromwell, Splendora (who was revealed to be Agatha "Aggie" Cromwell, Marnie's maternal grandmother) gave the key to Marnie and told her to take the key to the future where it would be safe from the Dominion, a group of powerful witches and warlocks who want to control Halloweentown.

After Marnie returned to Halloweentown after her trip to the future, Chancellor Goodwin (who was waiting for her and who is part of the Dominion) stole the Gift from Marnie and the Dominion blackmailed her using her brother as a means to get her to obey their demands. When Marnie agreed to the Dominion's terms and agreed to be their Queen for one night, they crowned her Queen of Halloweentown and told her to use the Gift to control the people of Halloweentown. Marnie used the Gift on Gwen Piper, Dylan Piper and Aneesa. She then commanded Aneesa to trap the Gift in her lamp and then Marnie commanded Gwen and Dylan, along with her, to destroy the Gift forever. Gwen hinted to Dylan, however, towards the end of the film that Marnie possibly gave the Gift to someone instead of destroying it. It was then revealed that Marnie gave the Gift to Dylan and hid it in a hollow book in his dorm. 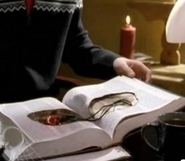 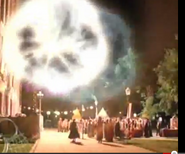 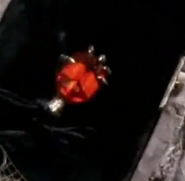 Add a photo to this gallery
Retrieved from "https://halloweentown.fandom.com/wiki/The_Gift?oldid=6337"
Community content is available under CC-BY-SA unless otherwise noted.